It’s very tempting to book a cheap flight and see the 12 largest animals in the world right now but compose yourself! Of course there are big dogs out there, heck your neighbor might even own one. But I didn’t know that there were also seriously massive, freaky looking animals too. Honestly, I’ll take every dog, even if it’s 30, that are in dog training schools instead of going up against just one of the animals that made it on this list. Read on and you’ll see just what I mean.

Don’t get confused by the cuteness of the Southern Elephant Seal, it’s actually the largest carnivore known to man. Moreover, the male is generally six times bigger than the female. The male seal weighs an upwards of 9,000 pounds and is about 15 feet in length – just let that sink in. What’s more interesting is that they can actually hold their breath for a total of two hours in depths leveling about 5,000 feet. Trust us when we say, if you should ever encounter one, you are seriously in the middle of a deadly experience. 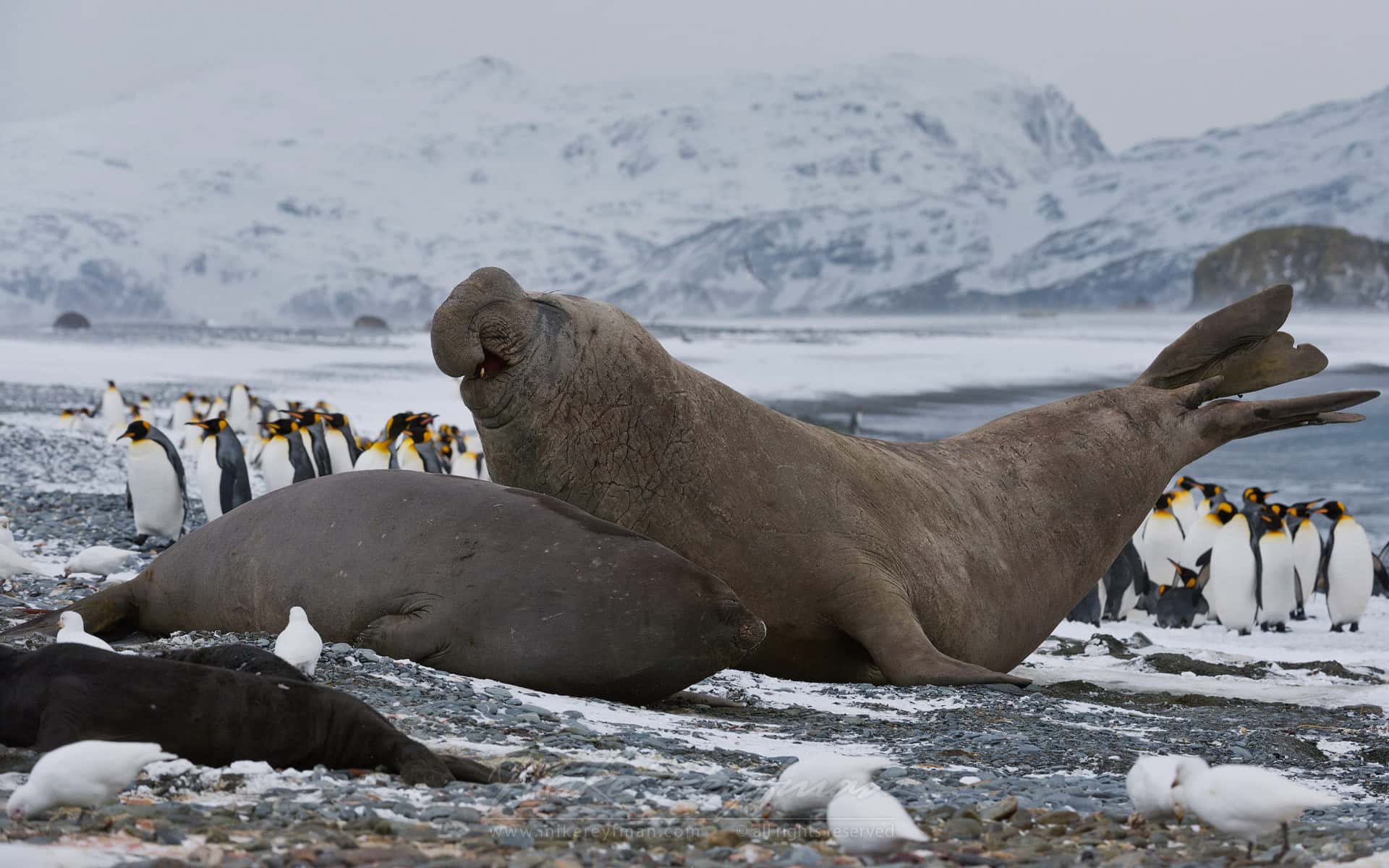