Sending mail. It almost feels like a thing of the past; it seems to have lost its novelty. That is of course until “Potato Parcel” changed the way people sent packages across the world. Potato Parcel is reinventing the way you send a letter to a loved one, and it comes in the form of a raw potato. Yep, a potato. 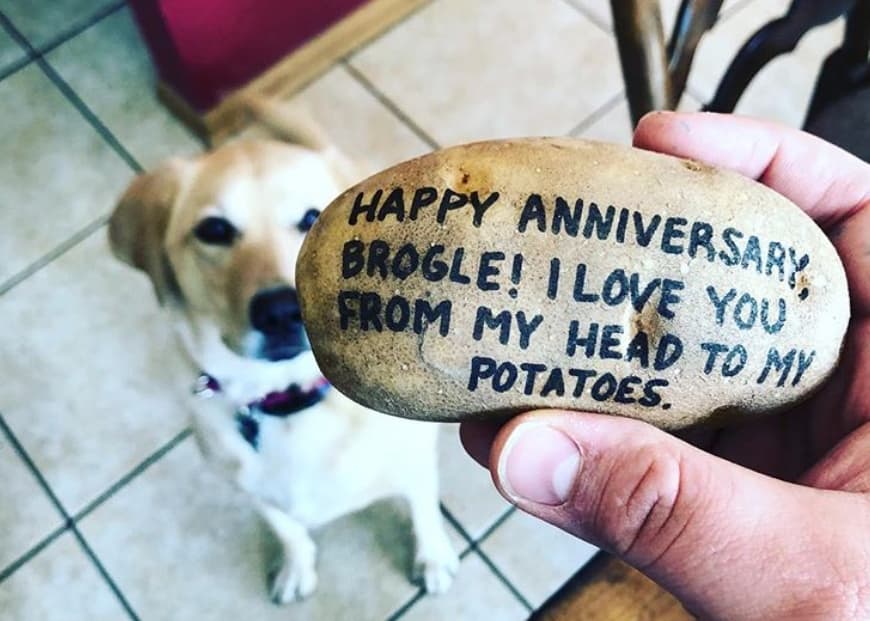 The idea came to mobile app developer Alex Craig when he was 24 years old. Although there were already other small companies doing similar work, like “Mail A Spud”, Craig turned it into a lucrative business. His vision – “I wanted to create a brand new way of sending a message outside of apps and technology by allowing anyone to send an anonymous message… on a potato.”

Before Craig sold his business, he actually pitched it on the TV show Shark Tank and received an overwhelming amount of support. His business model had already proven successful and it brought him thousands of dollars. He simply bought raw potatoes from his local Walmart, and then charged customers based on the size of the potatoes. 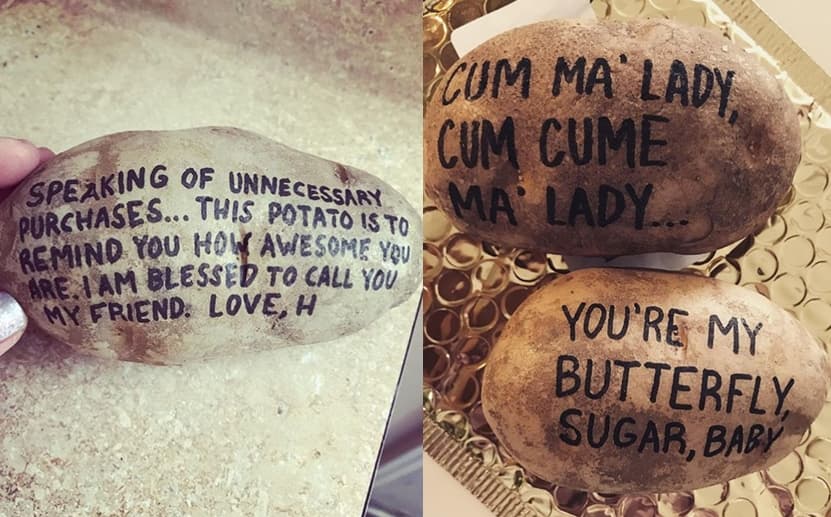 The idea is actually quite simple, really. You visit their website and choose whatever you would like written on the potato. For example, you want to tell someone how much you like them – “I like you a latke!” could be your message. Potato Parcel employees will write pretty much anything you want on the potato, as long as the text is no more than 130 characters (potatoes are small, you know) and the message is not threatening. Profanity? Go for it, they’ve got no f***** problem with that. You get to choose whether you want your potato parcel to be anonymous or not. 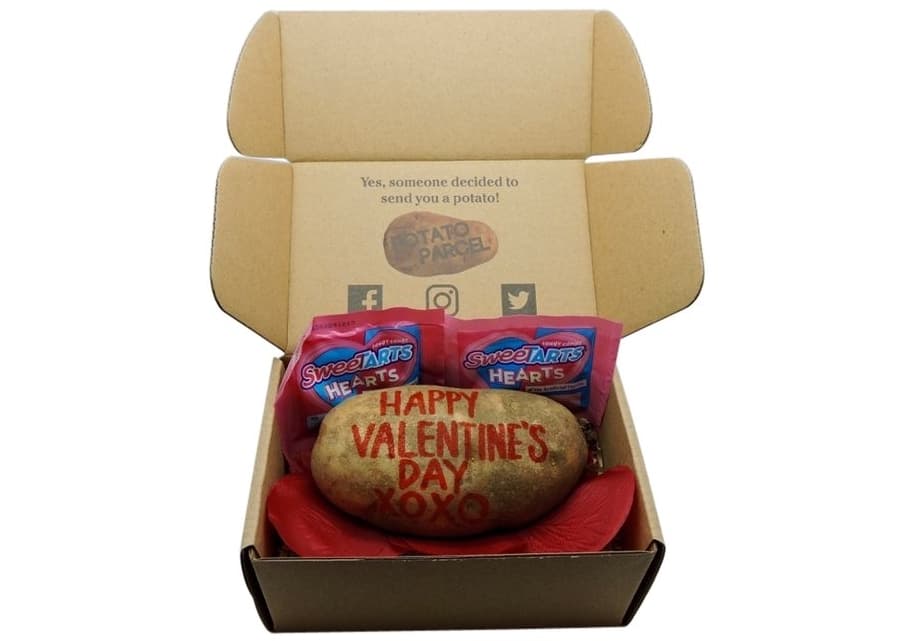 Some people might be wondering a couple of things, like, “Can I eat that potato?” Or, “Isn’t that a lot of food to waste?” Potato Parcel recommends not eating the potato since they use inedible ink on the potato… also, who would eat a single potato sent in the mail? Secondly, Potato Parcel has started an initiative to donate 20% of all their potatoes to the YMCA in order to help feed those in need.

Since the business of sending raw potatoes across the world has spread, other vegetables have taken to world of anonymous messaging. Yams, bananas, and even eggplants! Let’s just say this idea is flying off the shelves like hot cak… potatoes.