Goes without saying that most weight loss plans are pure torture – especially for those of us who are total foodies. Well, the same can be said for Hollywood celebrities, they love to eat just like us normal folks, no really, they do! Come on, they’re not ~that~ different from us, apart from our wealth, we’re all quite similar. But let’s get back on point. As we were saying, FOOD and weight loss can sometimes turn into quite a bit of a nightmare, especially once we step onto the scale and the number we see is not the one we were hoping for. While we can suffer through the latest weight loss plans, at least our “flaws and struggles” aren’t front page news – so take a look at the celebrities who have dropped the weight and ignited some inspiration for us mere mortals.

At 36, this “Pop Princess” has featured in various publications for her incredible weight loss transformation(s). Over the years, Christina Aguilera has seen her weight fluctuate numerous times – which has made her the subject scrutiny in many tabloids. However once she revealed her latest weight loss, everyone quickly shut up and praised her! 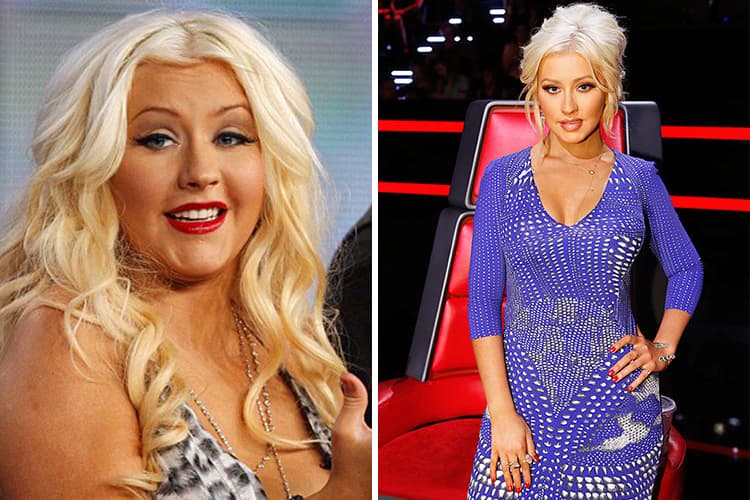